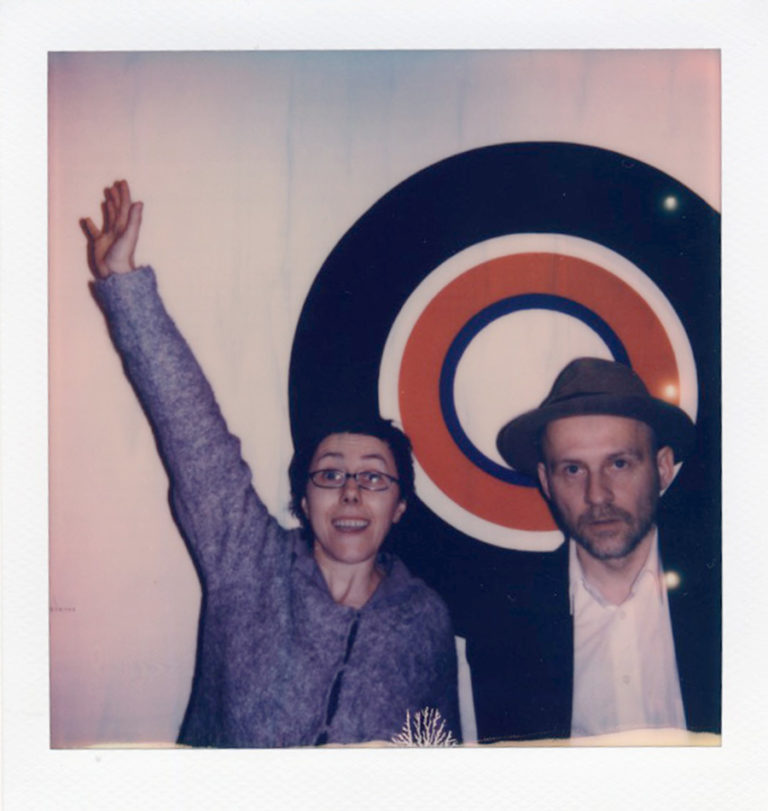 To contact us please send an e-mail to one of the following adress:

kinoMANUAL was established by two visual artists Aga Jarząb and Maciek Bączyk. It is a small, independent audio-visual production house from Wrocław (Poland) focused on experimenting with the moving image and sound. kinoMANUAL mainly explores analogue animation techniques such as hand-drawn, cut-out or direct cinema. By enjoying tactile contact with the film and production process itself, they create films and objects that correspond with a rich tradition of moving images, kinetic art and experimental cinema. Their most often awarded film “25/25” won second prize at Punto y Raya 2018 Festival and first prize for the best Polish film at ANIMOCJE 2019 Festival. kinoMANUAL have performed live audiovisual concerts with the band Pin Park in Poland, England, Germany, Netherlands and France.

kinoMANUAL cooperates with international art institutions, artists and researchers worldwide as a motion designer and art fair organiser. Since 2015, they have been collaborating in a continuous manner with Punto y Raya Festival from Spain, Filmverkstaden from Finland (as the active member of Filmverkstaden association) and O!Pla Polish Film Festival from Poland.

Aga Jarząb is a filmmaker, animator and graphic designer, born in Wrocław, Poland in 1977. She lives and works in her native city. Graduated from the Academy of Art and Design in Wrocław with Master’s in Fine Arts, she started working there as a lecturer and researcher. In 2017 she received a PhD degree in the field of art and has continued teaching at the Media Art Department.

She started her art experience as a printmaker but finally found her art expression in animation. She concentrates on animated films in traditional techniques like drawing, cut-out or direct filmmaking. Her filmography mainly contains abstract, experimental shorts. Since 2014 she has been working with Maciek Baczyk in a duo kinoMANUAL. Together they create films and performances, which are shown at many animation festivals all around the world.

As a graphic designer and animator, Aga Jarząb cooperates with many cultural institutions in Poland, such as museums, art fairs and film festivals. Two of her films from the “Jarząb Sisters” are included into the DVD anthology “Action – animation” published by NInA Polish National Film Institute.

Maciej Bączyk born in 1977, lives and works in Wrocław, Poland.
A graduate of Cultural Studies at the University of Wrocław. Maciek Bączyk works with sound and image in practice and in theory. In 2010 Bączyk returned to visual arts, mainly experimental film and installations. One of the most important features of his works is a manual contact with film, tapes, tools and the production process itself. He has performed and recorded with bands such as AGD, Robotobibok, Małe Instrumenty and his current bands: Kristen, Pin Park. He is also a guest curator at the Think Tank Lab Triennale, International Festival of Contemporary Drawing in Wrocław.